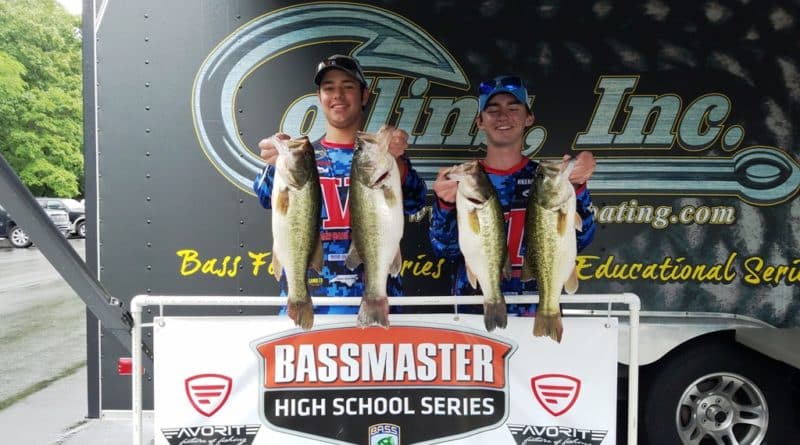 The final event for the NC Bassmaster Junior & High School Series (East Division) took place over the weekend on Jordan Lake.  Although the wet weather looked to have played a role in the lower than anticipated turnout, with only eighteen teams attending, the overall quantity and quality of bass was pretty good.  Several teams managed to fill out their five fish limit, with three teams breaking the 20-pound mark.  More importantly was the fact that all eighteen teams caught and weighed in fish. Congratulations to every one of you for not giving in to the weather conditions and staying focused. 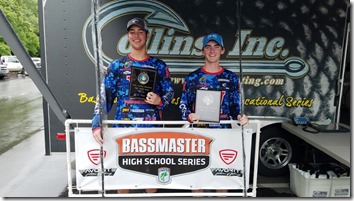 Representing Voyager Academy, Brycen Hendriks and Kyle Dillon, competing in their very first event, took the top spot with an impressive catch of 22.25 lbs, anchored by a nice 5.58 largemouth. Hendriks and Dillon were forced to end their day over an hour early due to trolling motor issues and had to nervously wait for the remaining teams to return and weigh-in.  However, the duo prevailed and were awarded with matching first place plaques, casting rods from Favorite Fishing Rods, along with tackle products from Z-Man Fishing and Penetration Hooks for their hard work. 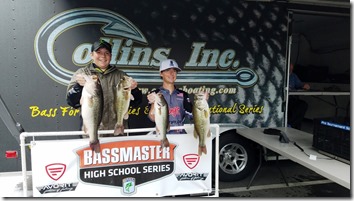 The tandem of Ethan Gilbert and Nick Walker filled the second position with their catch of five Jordan Lake largemouth that hit the scales at 21.59lbs, including a nice 7.51lb brute.  Both anglers received plaques signifying their accomplishment, along with casting rods from Favorite Fishing Rods, and tackle products from Z-Man Fishing and Penetration Hooks. 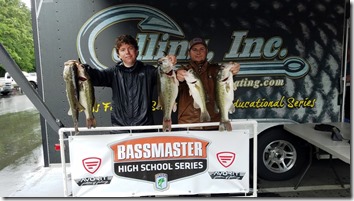 Filling a very close third spot was the team of Wyatt Long and Logan Jennings.  The duo managed to bring 21.52lbs to the scales, anchored by a solid 6.92lb kicker fish.  The pair of anglers were awarded matching Favorite Fishing Rods and products from Z-Man Fishing and Penetration Hooks. 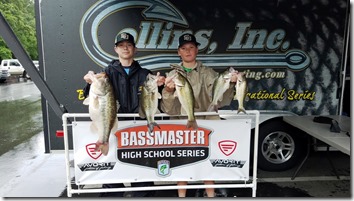 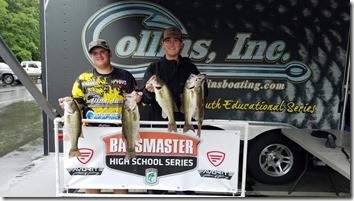 Rounding out the top five was the team of Nathaniel Moss and Ryan Stainback with their catch of 16.54lbs. 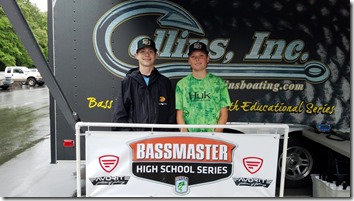 Congratulations to Nathan Canaday and Ayden Wood for earning the most points among all teams over the course of the four events of the 2017/2018 season.  Upon final confirmation from B.A.S.S. after all memberships are confirmed and a final audit of the series is complete, Canaday and Wood will earn a spot in the 2018 Bassmaster High School National Championship. 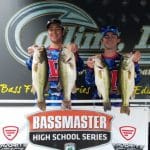