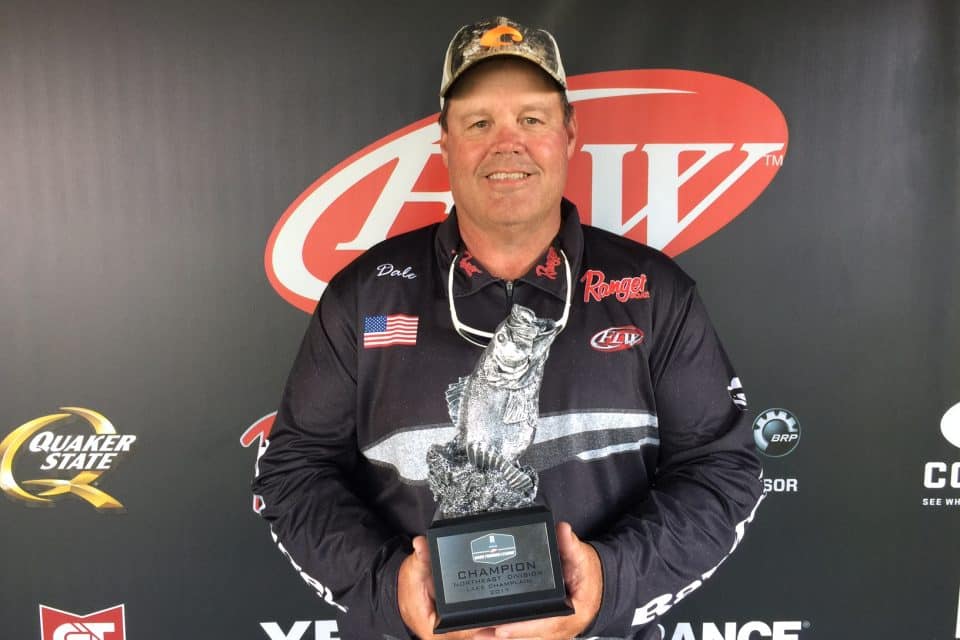 Gorrell said he spent his day fishing a region of Lake Champlain known as The Narrows.

“I ran some patterns early in the day that I had found in practice, but couldn’t really get anything going,” said Gorrell, who earned his second-career victory in BFL competition. “I switched to a smaller lure in black and blue and really started catching them. The water was a bit muddier than it was in practice, so I think that was the key adjustment.”

Gorrell said he caught everything he brought to the weigh-in scale using a Black and Blue Flake-colored Z-Man Finesse T.R.D. on a Ned rig.

“I worked through a 200-yard stretch of backwater that had a cliff and a 10 to 12 foot hole,” said Gorrell. “There was also a grass flat between where I was fishing and the main-river channel. The bigger fish related to a couple trees that had fallen from the cliff into the water, while the smaller fish were up next to the cliff in chunk rock.”

Around 11 a.m., Gorrell said he caught the largest bass of the event – a 6-pound, 10-ouncer – as well as two 5-pounders on a single pass through the stretch.

“When the water is changing color, it was best to hit the brakes and slow down,” said Gorrell. “It’s hard to do sometimes, but it paid off for me.”

Dixon caught the largest bass in the Co-angler Division – a fish weighing 5 pounds, 1 ounce – and earned the day’s Co-angler Big Bass award of $250. 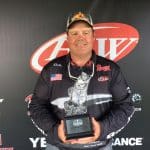