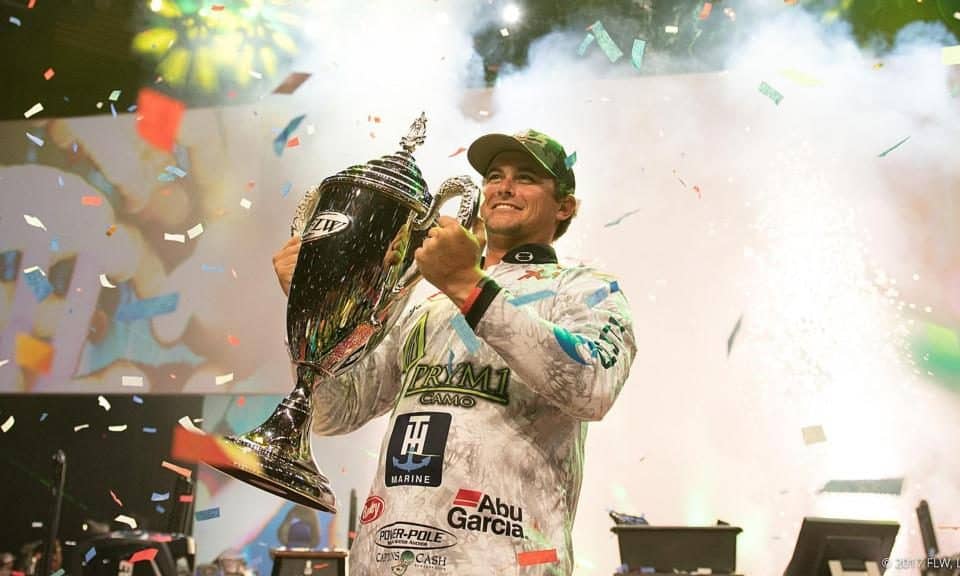 HOT SPRINGS, Ark. (July 26, 2018) – The Forrest Wood Cup, the world championship of professional bass fishing, will return to Lake Ouachita, Aug. 10-12, to crown bass fishing’s top angler of 2018. Hosted by the Arkansas Department of Parks and Tourism and Visit Hot Springs, the tournament will feature 56 of the world’s best bass-fishing professionals casting for the sport’s biggest award – $300,000 cash.

The Forrest Wood Cup has been held at Lake Ouachita three times in the 23-year history of the FLW Tour – 2007, 2011 and 2014. In the three Forrest Wood Cups that have been held on Lake Ouachita, both shallow and deep patterns were applied by top-10 competitors. Tennessee pro Brad Knight, who won the 2015 Cup, surprised many people by camping in one area in the back of a creek for four days and catching the winning fish shallow. The prior two Cups at Lake Ouachita – won by Scott Martin in 2011 and Scott Suggs in 2007 – were won out deep around standing timber, brush piles and other areas where balls of shad had congregated.

Lake Ouachita will still offer up its usual mix of deep and shallow patterns, but no matter what patterns emerge, the weights are always close at Lake Ouachita in August. Expect several anglers to average 12 to 14 pounds a day and to be in the hunt for the win on Championship Sunday.

“Ouachita is a really good fishery and is a perfect venue to host the Forrest Wood Cup,” said Justin Atkins, the reigning Forrest Wood Cup champion who won last year on Lake Murray in Columbia, South Carolina. “I’ve been there twice and caught quite a few big fish. This event should be a little tougher, but it’s during the dog-days of summer. Fishing is tough right now all over the country. I love a good slugfest, but I really enjoy the tough tournaments for our championship event.”

Atkins won the FLW Cup in his rookie season on Tour and is now looking to become the first angler in history to ever win the Cup twice.

“The most exciting thing for me about the 2018 Cup is the unknown – I know what happens when you win and it truly is a life-changing tournament. The possibility that it could happen to me again is just so exciting,” Atkins said. “I’m still learning my way through this sport, but winning the Cup last year gave me the financial support, the sponsor support, and the self-confidence that I do belong here and I can make my way in this sport.”

Atkins went on to predict that the winner this year would need to average about 14 pounds a day to be in contention for the win, and the winner would have right around 42 pounds after the three-day competition.

“The key is going to be your ability to think on the fly and ability to change patterns each day as the fish and conditions change.”

Fans will be treated to the FLW Expo at the Hot Springs Convention Center located at 134 Convention Blvd., in Hot Springs, each day from 10 a.m. to 4:30 p.m. prior to the weigh-ins. The Expo includes games, activities and giveaways provided by more than 40 FLW sponsors, the opportunity to shop the latest tackle and outdoor gear from more than 100 exhibitors, Ranger boat simulators, a casting pond and a trout pond for children, as well as the opportunity to meet and interact with top professional anglers, including Hank Parker, Jimmy Houston, and Larry Nixon. FLW’s namesake Forrest L. Wood, the legendary founder of Ranger Boats, will also be greeting fans.

On Saturday and Sunday the first 250 children 14 and under each day who are accompanied by an adult will receive a voucher to redeem for a free rod-and-reel combo after the evening’s weigh-in from Shakespeare rods. Also on Sunday, one lucky fishing fan will win a brand new Ranger Z521L bass boat with a 250-horsepower Evinrude or Mercury outboard motor. The Ranger Boat giveaway is free to enter but the winner must be present at the conclusion of Sunday’s final weigh-in to win.

Also on Saturday and Sunday, FLW fans will be treated to the Bass & BBQ Festival in conjunction with the FLW Expo. FLW has partnered with local BBQ vendors to feature award-winning BBQ teams offering delicious fare to visitors at the Forrest Wood Cup Expo. A portion of all proceeds will be donated to local Arkansas charities.

Television coverage of the 2018 Forrest Wood Cup will premiere in high-definition (HD) on NBC Sports Network (NBCSN) Sept. 27 from Noon -1 p.m. EDT. The Emmy-nominated “FLW” television show airs on NBCSN, the Pursuit Channel and the World Fishing Network and is broadcast to more than 564 million households worldwide, making it the most widely distributed weekly outdoors-sports television show in the world. 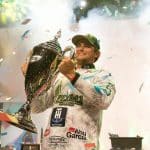