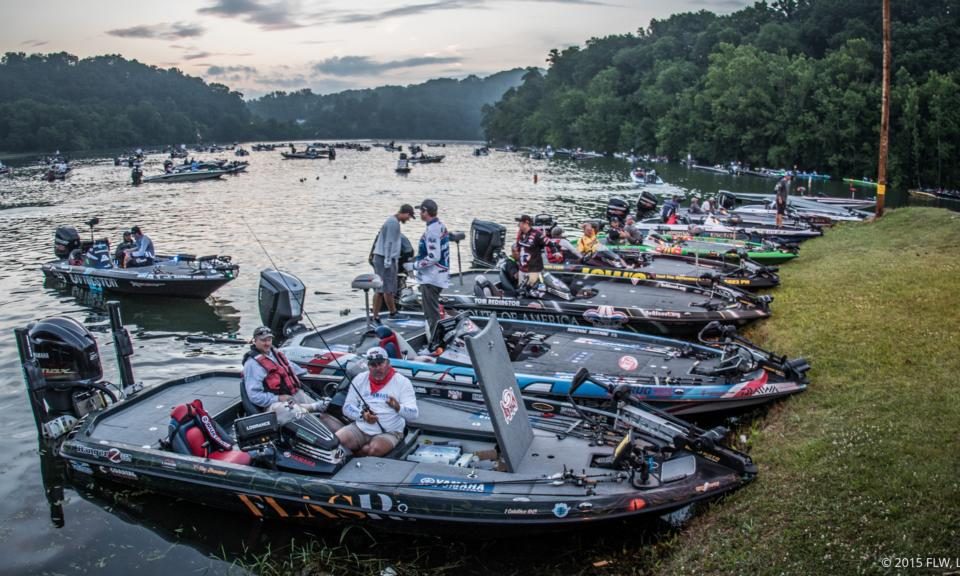 DAYTON, Tenn. (April 22, 2019) – Fishing League Worldwide (FLW), the world’s largest tournament fishing organization, is set to continue the 2019 FLW Tour season – the 24th season of the competitive Tour – next week, May 2-5, with the FLW Tour at Lake Chickamauga presented by Evinrude. Hosted by Fish Dayton and the Rhea Economic Tourism Council, the tournament will feature 168 of the world’s best bass-fishing professionals competing for a top award of up to $125,000 and valuable points in hopes of qualifying for the 2019 FLW Cup – the world championship of bass fishing.

The FLW Tour has visited Lake Chickamauga four times prior in FLW’s 24-year history. When the Tour visited the East Tennessee fishery in 2015, some of the biggest names in the sport ended up competing on Championship Sunday, including former Forrest Wood Cup champion David Dudley and legendary angler Larry Nixon. Pro Michael Wooley, then of Collierville, Tennessee, won the event, weighing 20 bass totaling 92 pounds, 4 ounces, focusing on a shell bar in Dallas Bay with a shaky-head rig and a football-head jig.

The 2019 event will mark the 216th tournament in FLW Tour history. The total purse for the FLW Tour at Lake Chickamauga presented by Evinrude is more than $860,000.

“This tournament is going to be one of the most fun events that we have all year,” said FLW Tour rookie Miles Burghoff of Hixson, Tennessee, who is currently leading both the Angler of the Year (AOY) and Rookie of the Year (ROY) point races with just two events remaining in the season. “Dayton, Tennessee is the most bass-friendly town that I have ever been to and the best bass-fishing community that I have ever seen. It’s going to be great fishing and great crowds all week.”

Burghoff predicted that the majority of the bass would be spawn or post-spawn, and he expects that competitors will be able to fish however they would like to.

“We’re going to have guys that fish the ledges and do great, and we’ll have guys that avoid the ledges and fish shallow that will do great,” Burghoff said. “I think the key will be having multiple options. I don’t think you can win off of one spot very easily. It’s possible, but there are no secrets on Chickamauga – especially offshore. In order to win, you’re going to have to stay fluid and have a few back up plans ready to go.”

Burghoff predicted that standard Tennessee River-tackle would be in play – big spoons, jigs and swimbaits are all expected to play a role for tournament competitors. Burghoff also predicted that many of the FLW Tour pros would likely be seen throwing topwater baits for the first time this season.

“We’re hitting the lake perfectly and there will be plenty of fish well into their summertime patterns,” he said. “I think it’ll take at least a 15-pound-a-day average to make the top-30 cut to fish the weekend. I think it’ll take a four-day total of 87 to 88 pounds to win. It could be a little high, but it’s Lake Chickamauga and we’re going to crush them.”

Prior to the weigh-ins, FLW will host a free Family Fishing Expo at the Dayton Boat Dock from 2 to 6 p.m. each day. The Expo is a chance for fishing fans to meet their favorite anglers, enjoy interactive games, activities and giveaways provided by FLW sponsors, and learn more about the sport of fishing and other outdoor activities.

Also for youth, the FLW Foundation’s Unified Fishing Derby will be held at the Dayton Boat Dock on Saturday, May 4, from Noon-2 p.m. The event is hosted by FLW Foundation pro Cody Kelley along with other FLW Tour anglers, and is free and open to anyone under the age of 18 and Special Olympics athletes. Rods and reels are available for use, but youth are encouraged to bring their own if they own one. The 1st and 2nd place anglers that catch the biggest fish will be recognized Saturday on the FLW Tour stage, just prior to the pros weighing in.

As part of the FLW Tour’s community outreach initiative, FLW Tour anglers will visit shoppers and staff at We Care, a second-hand store benefitting the Safe Haven Light Family Transitional Shelter, located at 420 Market Street in Dayton on Wednesday, May 1 from 3-4:30 p.m. to interact with guests, snap photos and sign autographs, give away goodie bags and share fishing stories.

The popular FLW Live on-the-water program will air on Days Three and Four of the event, featuring live action from the boats of the tournament’s top pros each day. Host Travis Moran will be joined by Todd Hollowell to break down the extended action each day from 8 a.m. to 2 p.m. On-the-water broadcasts will be live streamed on FLWFishing.com, the FLW YouTube channel and the FLW Facebook page.

In FLW Tour competition, the full field of 168 pro anglers compete in the two-day opening round on Thursday and Friday. The top 30 pros based on their two-day accumulated weight advance to Saturday. Only the top 10 pros continue competition Sunday, with the winner determined by the heaviest accumulated weight from the four days of competition. 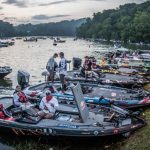