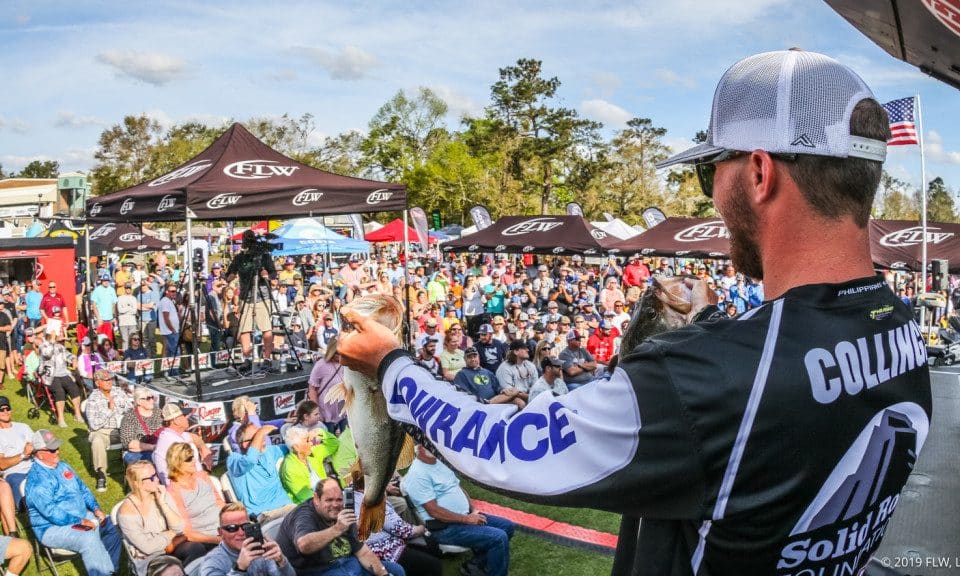 JEFFERSON CITY, Tenn. (March 28, 2019) – Fishing League Worldwide (FLW), the world’s largest tournament fishing organization,  is heading to Jefferson City to take on Cherokee Lake, April 11-14, for the FLW Tour at Cherokee Lake presented by Lowrance. Hosted by the Economic Development Alliance of Jefferson County, the tournament will feature four days of bass-fishing action from 165 of the world’s best bass-fishing professionals competing for a top award of up to $125,000 and valuable points in hopes of qualifying for the 2019 FLW Cup – the world championship of bass fishing.

Although Cherokee Lake has hosted multiple T-H Marine FLW Bass Fishing League (BFL) events over the years, this event will mark the first time the FLW Tour has ever visited the fishery. The total purse for the FLW Tour at Cherokee Lake presented by Lowrance – the 215th event in FLW Tour history – is more than $860,000.

“Everybody knows you can go up the river to catch largemouth on Cherokee Lake. It’s got a decent population of largemouth, but I don’t think it can withstand the fishing pressure of a tournament of our size over four days,” said pro Jason Abram of Piney Flats, Tennessee, a 10-year FLW Tour veteran. “I think it’s going to take a mixed bag – largemouth and smallmouth – to win.

“The smallmouth population in Cherokee Lake is pretty strong still,” Abram continued. “It’s very possible that they could be bedding, although the TVA started dropping the water last week and that could hold them off. In my opinion, the majority of the anglers in the top 50 will likely be fishing for smallmouth.”

With both species of bass in play, it will be a crucial decision for tournament competitors. Abram said that smallmouth would likely be heavily targeted in staging areas – points and chunk rock – before moving in to spawn on pea-gravel banks. Abram expects the largemouth to also play a big role for anglers and predicted that the majority would be caught up the Holston River.

“These guys are used to running around flipping bushes and docks, but in East Tennessee, when the water is low, we don’t have that, Abram said. “We’re going to have to decipher what kind of rock and what depth of rock they are on.

“Someone is going to figure out how to catch a largemouth first thing, and then catch some smallmouth to fill out a limit. Or, they’re going to catch a limit of smallmouth and then go flipping or shallow-cranking for largemouth and catch that 4- or 5-pounder that puts them where they need to be,” Abram went on to say. “We’re just going to have to figure them out when we get there.”

The Tennessee pro estimated that a four-day cumulative weight of 58 pounds should be enough to earn the victory on Championship Sunday.

Prior to weigh-in each day, FLW will host a free Family Fishing Expo at the TVA Dam Boat Launch from 2 to 6 p.m. The Expo is a chance for fishing fans to meet their favorite anglers, enjoy interactive games, activities and giveaways provided by FLW sponsors, as well as learn more about the sport of fishing and other outdoor activities.

Also for youth, the FLW Foundation’s Unified Fishing Derby will be held at the TVA Dam Boat Launch on Saturday, April 13, from Noon-2 p.m. The event is hosted by FLW Foundation pro Cody Kelley along with other FLW Tour anglers, and is free and open to anyone under the age of 18 and Special Olympics athletes. Rods and reels are available for use, but youth are encouraged to bring their own if they own one. The 1st and 2nd place anglers that catch the most fish will be recognized Saturday on the FLW Tour stage, just prior to the pros weighing in.

Television coverage of the FLW Tour at Cherokee Lake presented by Lowrance will premiere in 2019. The exact air-date will be announced soon. The Emmy-nominated “FLW” television show airs each Saturday night at 7 p.m. EST and is broadcast to more than 63 million cable, satellite and telecommunications households in the U.S., Canada and the Caribbean on the World Fishing Network (WFN), the leading entertainment destination and digital resource for anglers throughout North America. FLW television is also distributed internationally to FLW partner countries, including Canada, China, Italy, Korea, Mexico, Portugal, Spain and South Africa.

The popular FLW Live on-the-water program will air on Days Three and Four of the event, featuring live action from the boats of the tournament’s top pros each day. Host Travis Moran will be joined by veteran FLW Tour pro Todd Hollowell to break down the extended action each day from 8 a.m. to 2 p.m. On-the-water broadcasts will be live streamed on FLWFishing.com, the FLW YouTube channel and the FLW Facebook page.

In FLW Tour competition, the full field of 165 pro anglers compete in the two-day opening round on Thursday and Friday. The top 30 pros based on their two-day accumulated weight advance to Saturday. Only the top 10 pros continue competition Sunday, with the winner determined by the heaviest accumulated weight from the four days of competition. 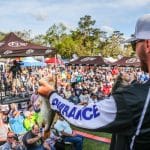