MINNEAPOLIS (May 29, 2018) – Fishing League Worldwide (FLW), the world’s largest tournament-fishing organization, today announced the renewal of its global partnership with T-H Marine via multi-year extension, in which the industry-leading manufacturer of thousands of boat parts and accessories will continue to serve as the title sponsor of the Bass Fishing League (BFL) as well as the official weigh-in bag, fish care provider (G-Juice Live Well Treatment) and jackplate provider for FLW.

“We are thrilled to renew our global partnership with T-H Marine, a world-class brand and core sponsor that perfectly aligns with FLW,” FLW President of Marketing Trish Blake said. “The long-term partnership exemplifies the buying power and marketability that professional bass-fishing fans offer. We’ve always considered our core FLW audience to be among the most loyal and passionate consumers in the country, and we are proud to partner with industry leaders such as T-H Marine to feature brands that share FLW’s unmatched commitment to its fan base and advancing the sport.”

As part of this extension, T-H Marine will continue as title sponsor of the FLW Bass Fishing League, and the brand will be prominently featured across all of FLW’s platforms, including its tournaments and Expos, websites and social media content, FLW Bass Fishing magazine and the “FLW” television show, broadcast internationally to more than 564 million households, making it the most widely distributed weekly outdoors-sports television show in the world. The two brands will also work in conjunction on retail promotions during FLW tournaments and Expos in select markets.

“With a worldwide platform of tournaments and opportunities to learn about fishing, FLW does an exceptional job at getting people interested and involved,” said Greg Buie, Vice President of Sales and Marketing at T-H Marine. “We love that commitment to the future of fishing and we are excited to continue and grow our partnership.”

As part of the sponsorship agreement, T-H Marine will continue to offer FLW anglers the Atlas Awards contingency programs for anglers competing in the YETI FLW College Fishing, BFL, and Costa FLW Series along with other sanctioned events. T-H Marine will award cash prizes to Atlas Awards members who are the winners or highest qualifying finisher of sanctioned events if he or she is the owner of certain T-H Marine products. For additional details on the Atlas Awards contingency program and a complete list of official rules and eligibility requirements, visit THMarine.com/atlas-awards.

T-H Marine is celebrating its 43rd Anniversary of business and has grown to be one of the largest manufacturers of boating and fishing accessories in the U.S. T-H Marine provides parts to virtually every boat manufacturer in the country and distributes them through virtually every major distributor and retailer of boating and fishing products. To learn more about T-H Marine, please visit www.thmarine.com. 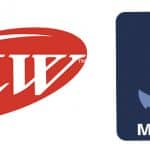