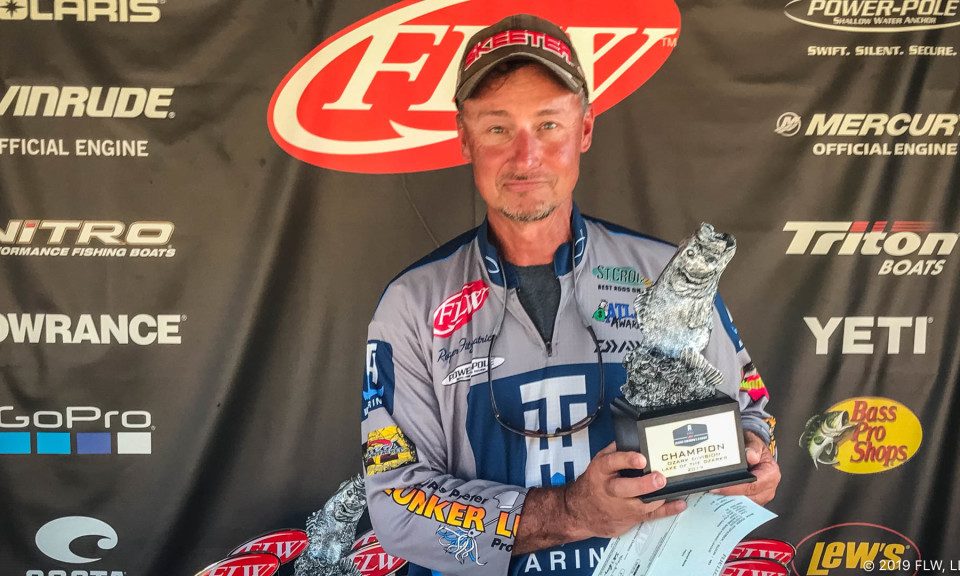 “My home is in the Gravois arm, so I like to fish on the north shore,” said Fitzpatrick, who earned his seventh career BFL victory. “I had two different patterns going – I’d fish docks in the morning with a black and blue jig, then later in the day I’d move out to the ledges.

“The deeper ledge fish were the key,” Fitzpatrick said. “They were bigger, but they didn’t bite in the morning – it had to be later in the day. It also takes heavy boat traffic for me to catch them, so I had to be patient and not go to the ledge fish too soon. Those morning docks ended up giving me some very key fish.”

Fitzpatrick said his key bait was a black-and-blue-colored Omega Pro Mega Structure jig tipped with a BioSpawn VileBug, as he weighed in nine of his 10 keepers on the jig. He also weighed in one keeper on a white Berkley Choppo that came on a seawall.

Chuck Austin of Saint Peters, Missouri, caught a 5-pound, 11-ounce bass – the heaviest of the event in the Boater Division – and earned the event’s Boater Big Bass award of $960.

Hecker caught the largest bass in the Co-angler Division, a fish weighing in at 6 pounds, 12 ounces. The catch earned him the event’s Co-angler Big Bass award of $480. 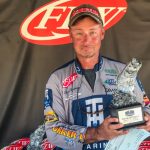