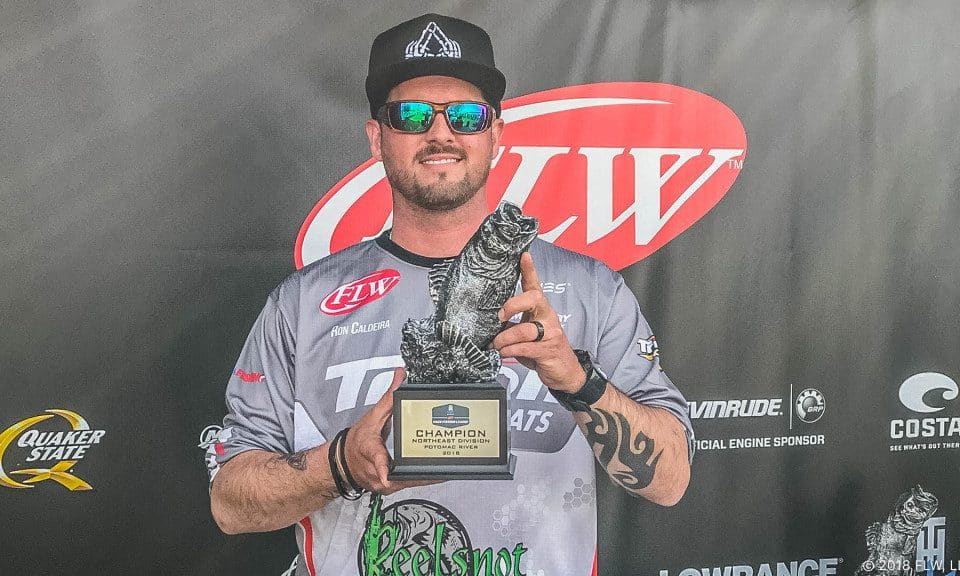 “I caught them all on main-river points in the mouths of Mattowoman and Quantico creeks,” said Caldeira, who notched his first win in FLW competition. “I had five points that I cycled through, and each had pebble rock and sand. I think the big females were transitioning to the points right outside those main creeks, getting ready to spawn. I only had seven bites, but they were the right ones. Some of the fish were tanks – they’d been eating for a while.”

Caldeira said he used a Rapala DT-6 crankbait for bass in 3 to 5 feet of water and a Chartreuse and Black Back-colored Strike King KVD 1.5 HC Shallow Squarebill for bass in 1 to 3 feet.

“I’d start far off the point with the Rapala and then switch to the Strike King as I got shallow so I wouldn’t get hung up as much,” said Caldeira. “As soon the lure would bounce off the rock and free itself, that’s when they loaded up on it.”

Ebel brought a 6-pound, 3-ounce bass to the scale – the heaviest of the event in the Boater Division – and earned the day’s Boater Big Bass award of $945.

Henry McKee of Haddon Heights, New Jersey, caught the largest bass in the Co-angler Division weighing in at 6 pounds, 5 ounces. The catch earned him the day’s Co-angler Big Bass award of $472.

The 2018 BFL is a 24-division circuit devoted to weekend anglers, with 128 tournaments throughout the season, five qualifying events in each division. The top 45 boaters and co-anglers from each division, along with the five winners of the qualifying events, will advance to one of six regional tournaments where they are competing to finish in the top six, which then qualifies them for one of the longest-running championships in all of competitive bass fishing – the BFL All-American. The 2018 BFL All-American will be held May 31-June 2 at Cross Lake in Shreveport, Louisiana, and is hosted by the Shreveport-Bossier Sports Commission. Top performers in the BFL can move up to the Costa FLW Series or even the FLW Tour. 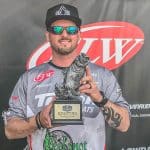