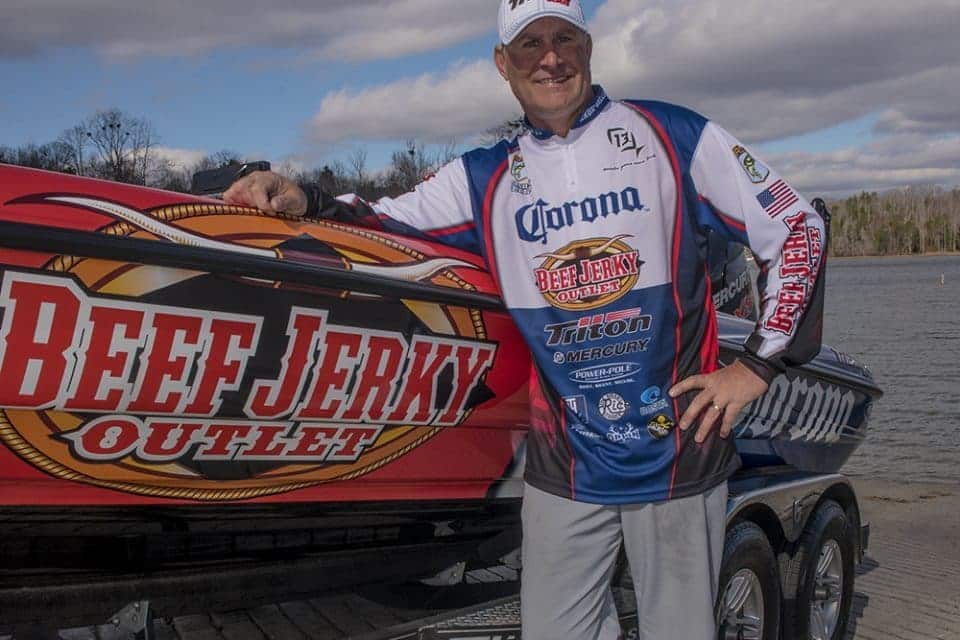 Like all professional anglers, Brandon Coulter is a busy man.  Preparing for and competing in a dozen week-long professional events each year is a taxing endeavor.  Keeping up with the latest tricks and techniques to catch more bass than the next guy is a full-time job in itself.  The Knoxville, Tenn. native is also a husband and father of four children.  And he founded and co-owns the Tennessee Team Trail, one of the more successful team bass tournament series in the nation.

All this busyness makes it easy to understand why he put on some unwanted LB’s after qualifying for the prestigious Bassmaster Elite Series in 2014.  “I go 100 miles an hour, 365 days a year, and what I’m going to eat for a meal is extremely low on my priority list.  Between fast food on the tournament trail and high-carb eating I really started to feel it when it came time to compete at this level.  Tournament fishing is serious work and I’m certainly not getting any younger,” said the 46-year-old Coulter. 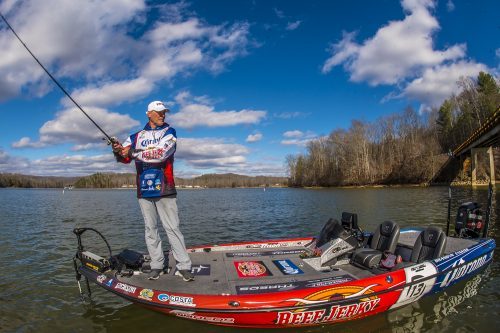 After the 2016 season Coulter started a rigorous no-carb diet and began eating beef jerky because it fits his on-the-go lifestyle.  “Beef jerky is the greatest food ever!” Coulter exclaimed.  “I’ve lost 25 pounds in six months and really feel great.  It definitely allows me to stay alert and focused while fishing because physically I’m in good shape now.”

The Tennessee angler has always been popular on tour with his fellow competitors and fishing fans due to his relationship with Corona Extra USA.  Tailgating is a fairly regular occurrence on tour and now Coulter expects he will become even more popular.  Beef Jerky Outlet has loaded him down with hundreds of sample packs to give out to fans.  All they have to do is look for his red, white, and blue tournament rig at Elite Series events.  Coulter will also be making appearances at some of BJO’s 90 current locations during the remainder of the season as well.

Fans can enter to win an all-expenses-paid fishing trip with Coulter by signing up at www.BJOgiveaway.com.

Beef Jerky Outlet CEO Scott Parker said “Bass fishermen and their families are our customer.  There’s not a more American sport than fishing and nothing says America like beef jerky.  That’s certainly been true for a long time but we like to say that beef jerky fans arrive in “beef jerky heaven” when they visit our jerky franchise stores.  It seems as though our guests are always wearing a smile because we offer them a unique sales proposition – Try Before You Buy.  Guests are invited to test our different products until they find the flavor that’s just right for them.”

The Beef Jerky Outlet was founded in 2010 and is the country’s first national jerky franchise.  The company is headquartered in Kodak, Tennessee and there are currently 90 franchise locations, including 6 founder-owned stores.  Over the next 12 months, this number will grow to more than 100 locations.  The Beef Jerky Outlet specializes in more than 100 varieties, sizes and flavors of premium jerky including exotic meats like kangaroo, alligator, venison and elk, as well as specialty flavors such as Moonshine and Cajun.  Jerky is lean, high in protein, low in calories, contains less than 3% fat and has an extremely long shelf life.  Millions seek out and enjoy this very nutritious snack every day.  Across the country people are literally eating it up!

Brandon Coulter of Knoxville, TN is in his third successful season on professional fishing’s highest level – the Bassmaster Elite Series.  Previously, Coulter fished seven years on the FLW Tour and qualified for three FLW Championships.  Prior to competitive fishing he owned and sold an outdoor marketing agency and a construction company.  Find him on Facebook at www.facebook.com/Brandon.Coulter.Fishing, Instagram @bcoulterfishing, and Twitter @bcoulterfishing.  His website is www.BrandonCoulterFishing.com. 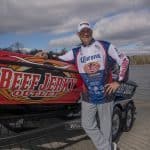