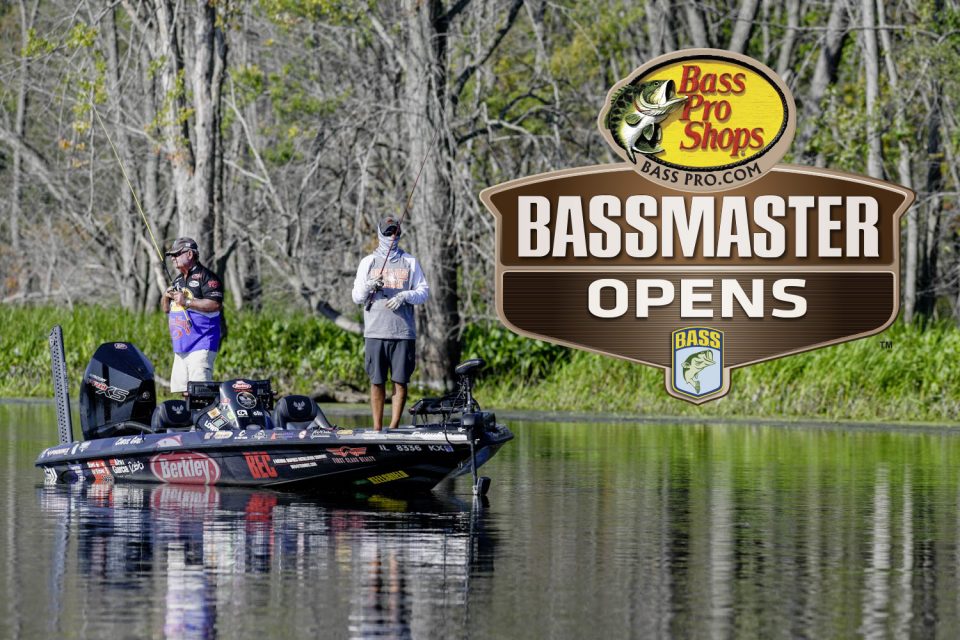 The schedule will once again feature four events in two divisions — Eastern and Central — with the winners of each event earning an automatic berth into the 2021 Bassmaster Classic, provided he or she has fished all four events in that division.

That means 12 competitors can earn a chance to pursue their dreams as Elite anglers.

“The Opens have always been about opportunity, and there are more opportunities available this year,” said B.A.S.S. CEO Bruce Akin. “Not only do we feel like we have a great lineup of lakes in each division, we’re excited about the idea that 12 anglers could have their lives changed by finishing strongly in these events.”

The schedule for the Eastern Division will begin in Kissimmee, Fla., at the Kissimmee Chain of Lakes on Jan. 15-17. Then the trail will wind its way North with trips to Cherokee Lake in Jefferson County, Tenn., on May 7-9 and Oneida Lake in Syracuse, N.Y., on Aug. 6-8.

The Eastern Division points race and the Elite Series berths that go with it will be decided at Lake Hartwell in Anderson, S.C. — site of three previous Bassmaster Classics and six major B.A.S.S. events — on Sept. 24-26.

“When you think about the Eastern Division side of the schedule — Florida in January, trips to awesome fisheries like Cherokee and Oneida where B.A.S.S. has had some great events and a finish at Hartwell, which is deeply entrenched in B.A.S.S. history — it’s hard not to be excited,” said Chris Bowes, tournament director for the Bassmaster Opens. “That’s a slate that will give anglers a chance to prove themselves — and one that fans across the country will be able to appreciate, I’m sure.”

To accommodate cooler geographic temperatures, the Central Division will begin its slate later in the year, with its season-opening event on Lewisville Lake in Lewisville, Texas, on April 9-11. Lewisville has been the site of major B.A.S.S. events only three times and hasn’t hosted an Open since 2012.

After Lewisville, the Central Division will visit Neely Henry Lake in Gadsden, Ala., on May 21-23, the Arkansas River in Muskogee, Okla., on June 18-20 and the giant-bass haven that is Sam Rayburn Reservoir in Jasper, Texas, on Sept. 10-12. The City of Jasper will serve as the local host for the Sam Rayburn event.

“The Central slate offers a fantastic variety of fisheries,” Bowes said. “Lewisville is an urban fishery that’s located right outside of Dallas. Then you have Neely Henry, a classic Coosa River fishery known for big spotted bass, the Arkansas River, which offers about every kind of structure you can imagine, and a September finish at Sam Rayburn — a place we know is capable of producing 30-pound limits.”

The payout per event will be $250,400 (based on a field of 150 anglers), giving the eight-event circuit a total payout of just over $2 million. Seven of the eight tournaments on this year’s Opens schedule topped the 150-angler mark, with five easily topping 200.

As in the past, the full field will fish the first two days, with only the Top 12 pros and co-anglers advancing to the final round. All final-round weigh-ins will be held at the nearest Bass Pro Shops location, except for at the final Central Division event at Sam Rayburn.

Entry for pro and co-angler linking will begin online Oct. 29 for B.A.S.S Nation and Life members and B.A.S.S. members Oct. 31.  The Top 30 pros and co-anglers from each Opens division standings in 2019 will receive early entry, as well as current Elite Series pros and B.A.S.S. Nation Championship qualifiers. Any former Elite anglers who are interested in fishing the 2020 Basspro.com Bassmaster Opens should contact Chris Bowes at [email protected] before Oct. 8 for registration instructions.

“You’re talking eight events from mid-January to late September with trips to some of the best fisheries in the country,” Bowes said. “I’m sure a lot of anglers will agree with me when I say I wish it all started tomorrow.” 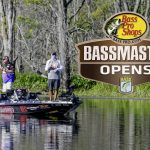