BIRMINGHAM, Ala. — Officials in Denton County, Texas and the City of Lewisville have closed many public facilities and cancelled special events for eight weeks, including the Basspro.com Bassmaster Central Open at Lewisville Lake scheduled for April 9-11, prompting B.A.S.S. to reschedule the event for later this year.

The CDC has recommended that those at higher risk for contracting the disease or those who may have been exposed to COVID-19 should avoid crowds of more than 50 people for the next eight weeks to help prevent the spread of the virus. Additionally, the federal Coronavirus Task Force issued guidelines Monday to avoid discretionary travel and gatherings of more than 10 for the next 15 days.

B.A.S.S. is monitoring the situation and following precautions and advice from the CDC and public officials when evaluating upcoming tournaments. B.A.S.S. is also tracking mandates at the state and local levels regarding public spaces and events. At this time, no other Opens Series event has been postponed or cancelled.

A new tournament date will be announced in the future. 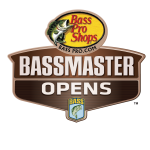